What kid doesn't love toys?  And what parent doesn't love making their kids happy? Unfortunately, there is such as thing as too much of a good thing.  Last year, we got rid of most of the kids' toys, and it has made us a much happier family!  So, how did we do it, and why?  Keep reading! 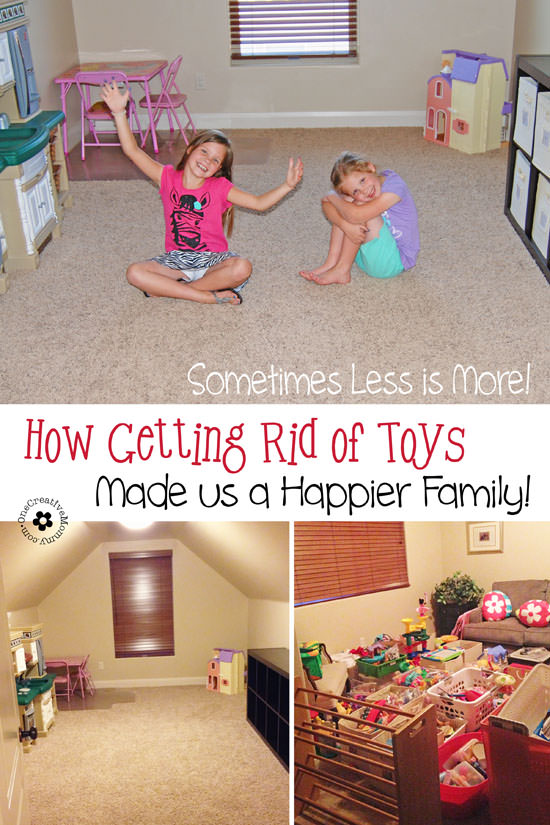 Getting rid of toys made us a happier family. It's true! (You can even ask my kids!)

How'd we get into this mess in the first place?

I am a hoarder.  I admit it.  (Okay--not the reality show intervention type of hoarder, but I do like to collect things!)  I love to shop garage sales and get good deals, and when I find something the kids like, I (and they) tend to think that we need to collect lots of them.  (That picture below is just a fraction of the toys that used to be hanging out in our playroom!)

It's my fault we got into this mess.  We just have too much stuff!  When the kids were younger, they liked Little People toys.  I used to find them at garage sales all the time, so eventually, we had quite a few sets. The same thing happened with Polly Pockets, then Littlest Pet Shops, then Teeny Tiny Pet Shops, then Squinkies . . . you get the idea! Since the kids ages span six years, it was tough to get rid of toys the oldest had out grown because the youngest was still playing with them.

So, what's wrong with having tons of toys? 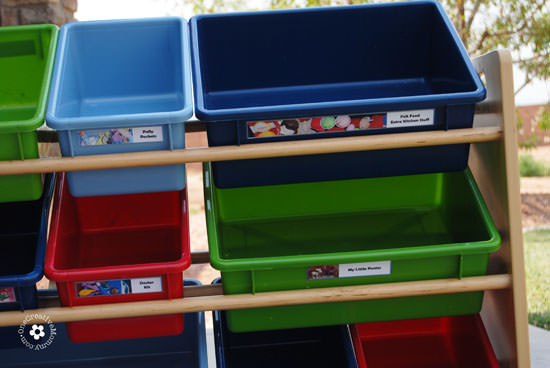 Despite having tons of toys, they were actually very organized.  (You may see a post about that some day.) Every type of toy had its own clearly labeled space.  They were even picture labeled so that the youngest new exactly where to put her toys. We had all this stuff, but we were unhappy.  The kids were always arguing or in trouble. There came a day when I realized that most of the contention in our home centered around the toys.

By the way, you haven't lived until you've found every one of your organized toy bins dumped on the floor and mixed up.  If you have lots of toys, just invite a neighbor kid over to play.  Give them ten minutes, and it will happen!  It's just so tempting to check out all of the toys!

What did we do about it?

One day, I decided I'd had enough.  We took all the toys from the playroom and piled them up. We took out all of the toy shelving except one storage shelf that holds 8 baskets. 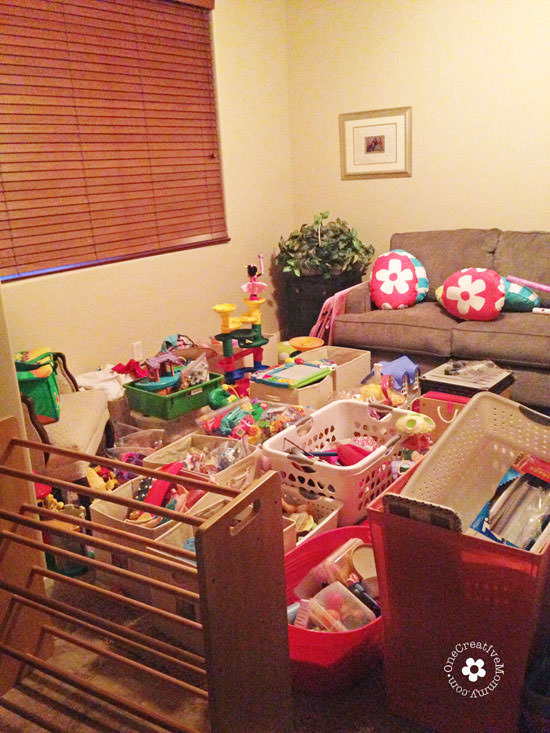 Absolutely ridiculous.  How can any kid be expected to manage that much stuff? It's no wonder it was always a mess and that half the toys rarely saw the light of day.

What did we keep?

We decided that everything that went back into the playroom had to fit in one of the eight bins.  (That didn't mean stuffing the bins full either.)  No more toys lining the walls. Together, we went through all the toys and removed toys that were not played with.  We found the missing pieces to everything, and put the toys that went together in bags.  Some toys went into storage to possibly switch out later, but the rest went to garage sales. We labeled the eight bins so that the kids knew where their toys belonged when they were not playing with them.

Do the kids miss the toys? 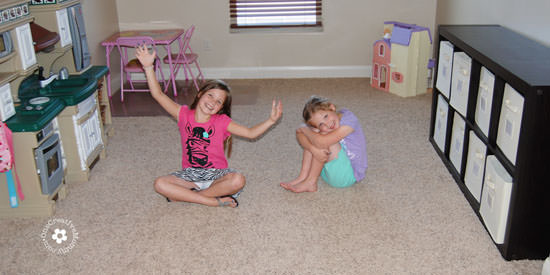 Guess what?  The kids were excited to know exactly what they had and where it belonged in the playroom.  They knew that they could quickly find what they needed and quickly clean up! 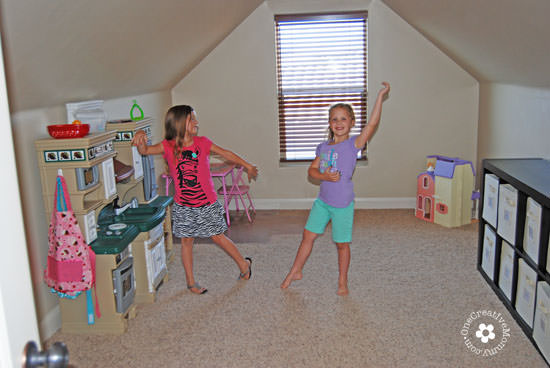 You know life is good when there is actually room to have a dance party in the playroom!

It's been a year since we made this change.  Are we still happy about our decision?  Definitely!  The kids have recently gotten into Lego Friends, which take up a lot of space.  The kids agree that it's time to get rid of toys again to make room.  Their idea!!!  They've learned that it's not fun to have more stuff than they can take care of.

Is it still working? Absolutely! Have we had to set limits on new toys? Definitely. With the girls' love for Shopkins and Legos, I finally had to say, "No more!" Instead of getting new Legos, the girls will have to take apart what they have and put them together again. (Good thing we saved the instructions.) Here's how we are managing the Legos: How I Tamed Our Lego Disaster, Make a DIY Lego Table in Minutes

It's a work in progress! There's always the temptation to buy too many toys again, but I think we're balancing pretty well.

Is our playroom perfectly clean all the time?  Definitely not.  But we're working on it!

Are there fewer arguments about toys?  Yes!

Do the kids have more time to play and less time to clean? Yep!

Are we all happier without so much stuff?  Yep!  Getting rid of toys made us a happier family.

If you haven't already heard about my Spring De-Junk Challenge and Giveaway, check it out and give it a try!  I'm taking what we learned from the playroom and applying it to the rest of my home.  I have a long way to go, but I am so excited to spend less time taking care of junk and more time living life!

I'm so glad you stopped by today! I hope you'll join me in the challenge and get de-junking today!

Need more help keeping things clean?  Check out some of my favorite ideas.

Click on the images below to visit the posts. (Images are linked.) 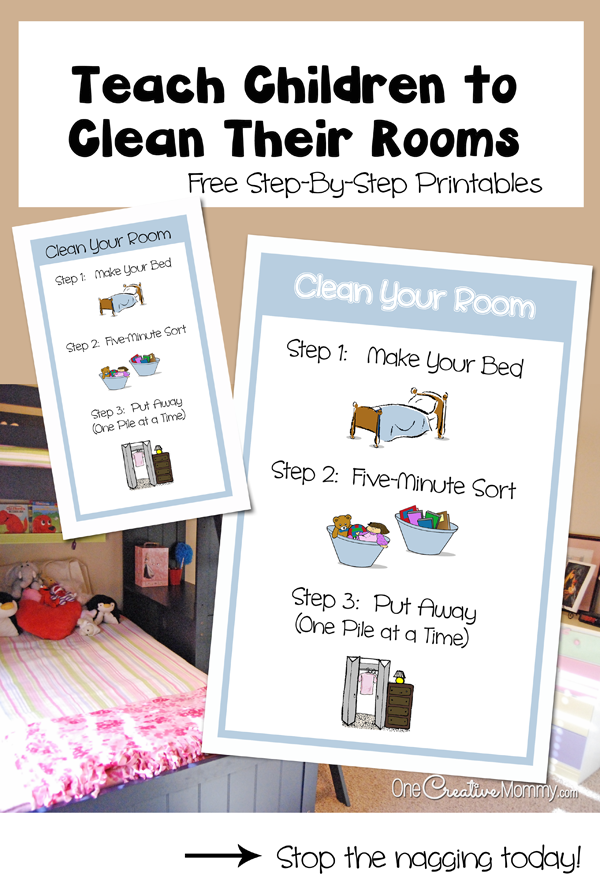 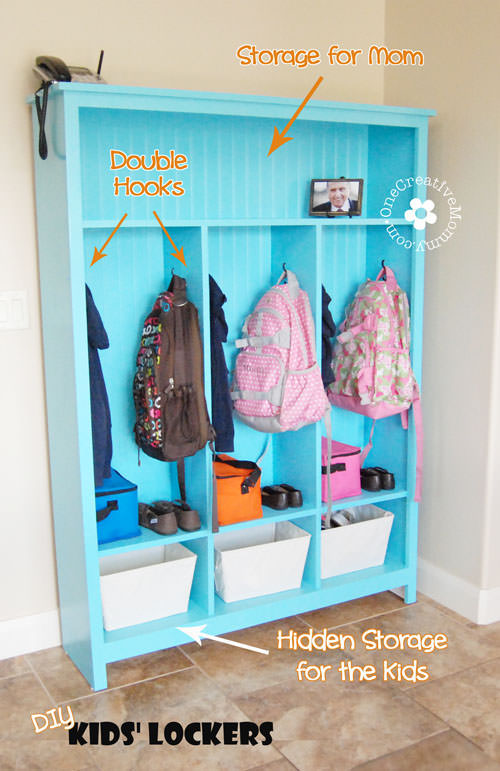 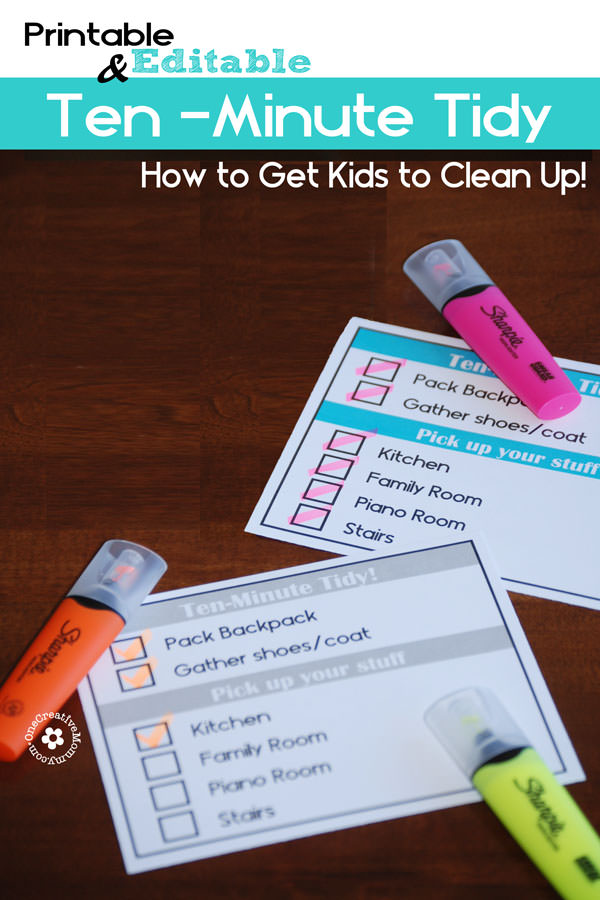