Four years ago, I attempted my first princess cake (see it here).  I didn't have a special mold, so I filled a glass measuring cup with 1 ½ cake mixes and put it in the oven to bake.  It took forever to bake the cake, and it turned out dense and kinda inedible.  This year, I again didn't have a mold, but I did have an idea how to fix the problem--and I tried fondant.  Here's this year's fondant princess cake cake and a tutorial.

*A reader recently commented that this cake would be perfect for the current "Frozen" party trend.  I couldn't agree more!  Choose a blond barbie, and you've got a perfect Frozen Party Elsa Cake!

To bake the skirt, you need two cake mixes, a large glass measuring cup or bowl, the inside piece of an angel food cake pan, and one round cake pan. 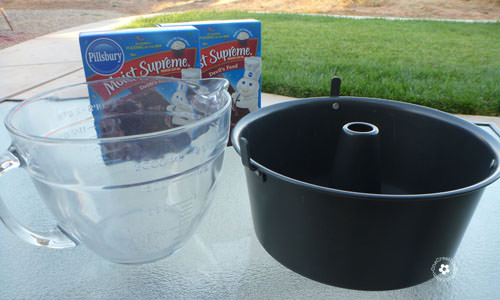 *Please remember that this was an experiment.  I had no idea if it would work, but was very pleased with the result. 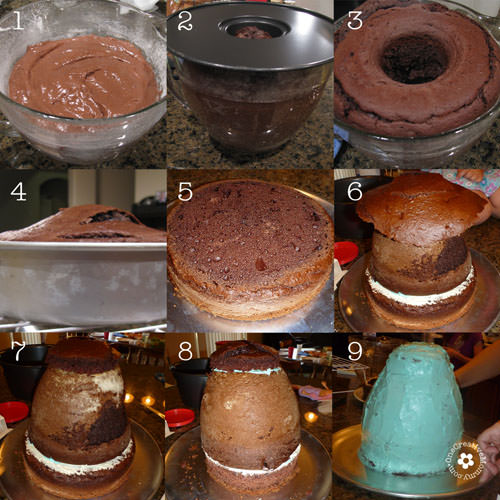 To prepare the skirt: 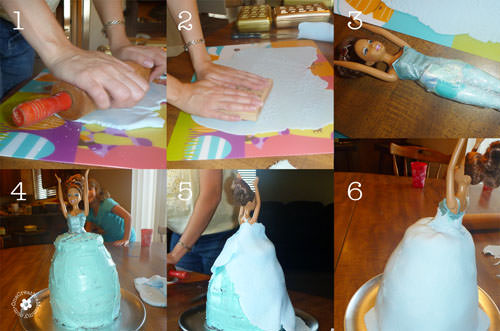 Now you are ready for the fondant skirt.  Since I have never used fondant and know almost nothing about it, I bought pre-tinted rolled fondant and followed the directions on the package.  I had less than an hour to decorate/experiment, so I definitely wasn't worried about perfection! 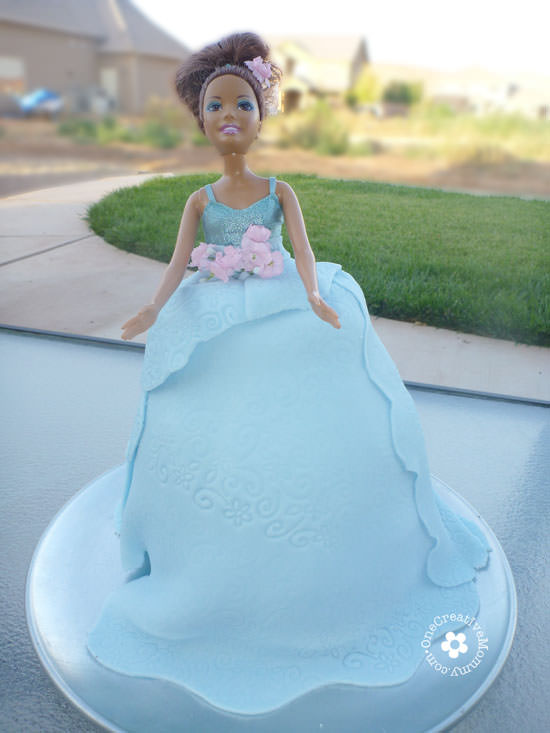 So, what's the verdict?  Was the fondant easier than piping frosting on my first princess skirt?  Definitely!  And the best part--the cake actually tasted yummy instead of like cardboard!  (The secret is the post in the center of the baking cake.)

I'd love to know if this works for you.  Send me pictures, and I might just feature them!

If you would prefer to try the frosted princess skirt, I'll do my best to give directions here.

Later this week, I'll be adding more ideas from Lu's Princess Birthday party and a new Division Don't Eat Pete project.  Be sure to check back!

(Thanks Kelly for sharing your angel food cake pan and Bree for the stacking idea!)

Thanks for stopping by!  While you're here, be sure to check out some of my other posts.  (Images below are linked.) 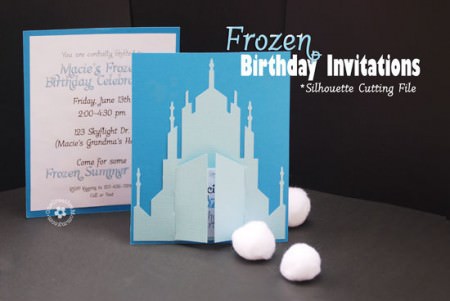 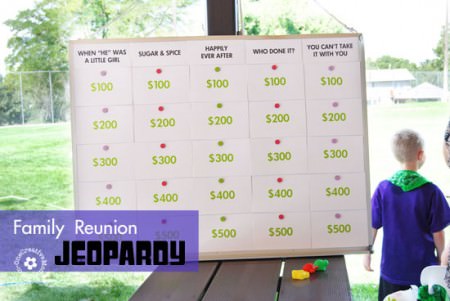 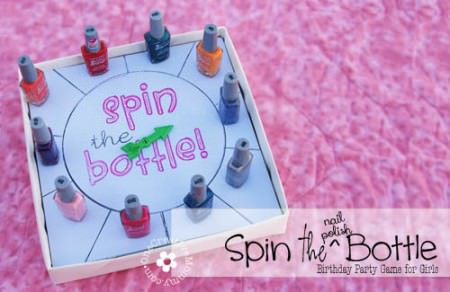 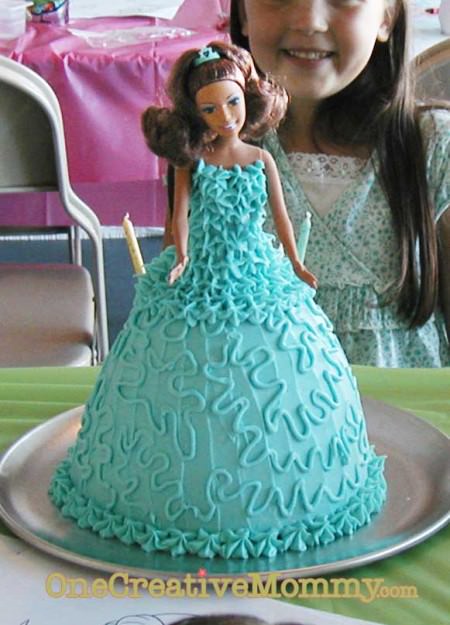